Hit enter to search or ESC to close

WHAT WE TALK ABOUT

Whilst the beehive has inspired design for eons, the beehive described in this post was reversely inspired by architecture. It’s actually the design of the balustrade at our Director’s residence in Little Bay where this story begins.

About four months ago, a feral bee hive began construction in their balustrade. At first it was a novelty, but it soon became a safety issue for visiting kids and the fact that the growing hive was directly off the bedroom where the Directors slept every night.

As the hive expanded and expanded and EXPANDED, eventually Matt and Fredric conceded and started to research a humane way of dealing with the problem. Sydney Bee Hive came to the rescue. Retired pilot and bee lover, Andrew Wilson knows the critically important work of bees and he agreed to open the balustrade and re-home them.

Once the team opened up the balustrade the extent of the hive was visible and using a thermal sensor they identified up to 40,000 bees were living in the balustrade! When the team recovered from the shock of the hive size, they carefully transferred the bees into temporary hive boxes where they were transported to an off-site hive farm in St. Ives.

That’s Andrew and Director, Fredric Kakish doing this work in the pictures below.

The Future of the ‘Little Bay’ Bees

Once the ‘Little Bay’ Bees have settled down in St. Ives they will be returned to the original residence in a proper hive box to live, prosper and develop honey. This time though, they will reside a great distance from the house, next to the chooks and the avocado tree. 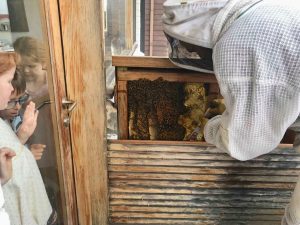 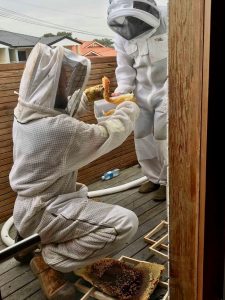 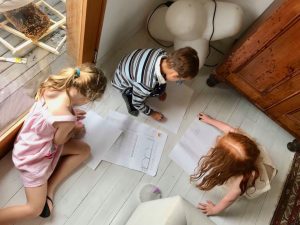 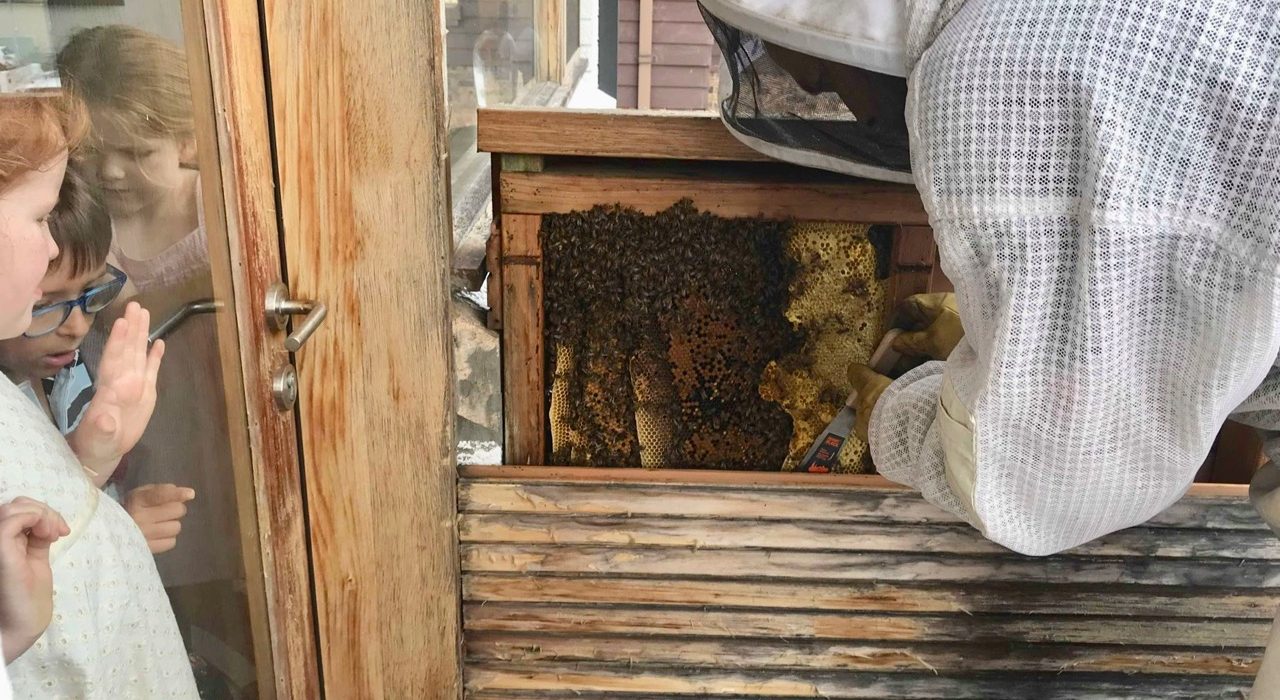 Stay up to date with Design Tribe Projects latest projects, architecture, building and design news.
We post regularly to our social channels and invite you to follow us